For more information or to request an absentee ballot, please download Form EO-08 and email: absentee@eo.as.gov

A.        Any qualified elector who will be unable to appear at his/her polling place during the hours of voting at any election because of absence from the Territory, or district in which he/she is registered, may cause his/her vote to be cast by absentee ballot.

B.        Any qualified elector shall be entitled and enabled to vote in a manner as may be prescribed by rules adopted by the Chief Election Officer; provided, that any qualified elector who by reason of physical disability is unable to mark his/her ballot shall be authorized to receive assistance in marking the ballot.

C.        Any qualified elector competent to vote at any election shall be allowed to vote by absentee ballot if he/she falls within the following categories:

1. Absent from the Territory on Election Day because he/she is:

a.   Employed in the service of the U.S. Government;

b.   Employed in the service of the American Samoa Government;

c.   A student at an institution of learning;

e.   An overseas voter voting in the election for Delegate for the U.S.   House  of Representatives.

2. Temporarily absent from the Territory on election day because of:

a.   Travel for medical treatment;

b.   Travel for military-related assignments;

c.   Travel for employment-related training, conference or assignments; or

3. Present in the Territory but absent from the district on Election Day because of:

i.     travel for military-related assignments

4. Present in the Territory but absent from the district on election day because of:

i.   confinement in any hospital

ii.   confinement in any public institution

iii.   confinement at home because of illness or physical disability which will prevent him/her from attending the polls

iv.   any religious belief, ruling, doctrine, or standard which will prevent him/her from attending the polls

v.    employment as an election official on election day

Any person entitled to vote under (C)(2) may request an absentee ballot in person or in writing from the Chief Election Officer not earlier than the day that ballots are printed and available and not later than 4:30 p.m. on the day prior to the election.

NOTE:  Those persons who are entitled to vote under (C) (2) must provide proof of travel, and must vote at the Election Office before he/she travels. Ballots will NOT be mailed to the traveler. Furthermore, travelers who will return before election day will NOT be allowed to vote absentee.

Any person entitled to vote under (C)(3) may request an absentee ballot in person or in writing from the Chief Election Officer not earlier than on the 30th day before and not later than 4:30 p.m. on the day prior to the election.

Certification of absentee ballots shall be closed not later than 1:30 p.m. on election day.

Immediately upon receipt of a request within the time frame stated above, the Chief Election Officer shall examine the records to ascertain whether or not the qualified elector is lawfully entitled to vote as requested.  As soon as the official ballots are printed and available, the Chief Election Officer shall mail in a forwarding envelope via airmail to off-island absentee voters, or if requested by electronic means to absent uniformed service members and overseas voters, or delivered in person to the qualified elector who appears at the Election Office, an official ballot and other materials prescribed by law.

All requests for absentee ballots received from off-island qualified electors postmarked or received by the 15th day prior to the election will be processed and ballots will be sent to the qualified electors requesting them as soon as reasonably practicable, but in no event later than 24 hours after receipt of the request.

Absentee ballots that are returned via airmail, or delivered other than by mail, must be received by the Chief Election Officer not later than 1:30 p.m. on Election Day. 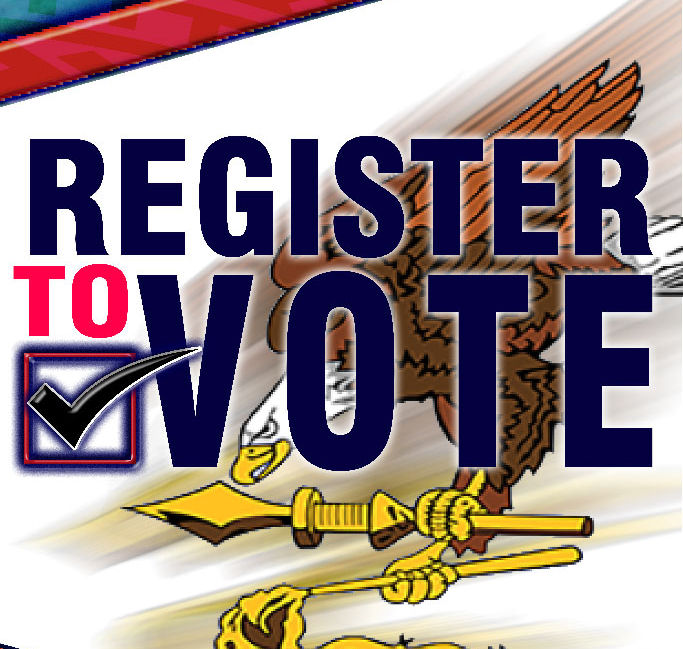 Press Releases and updates will be updated here.